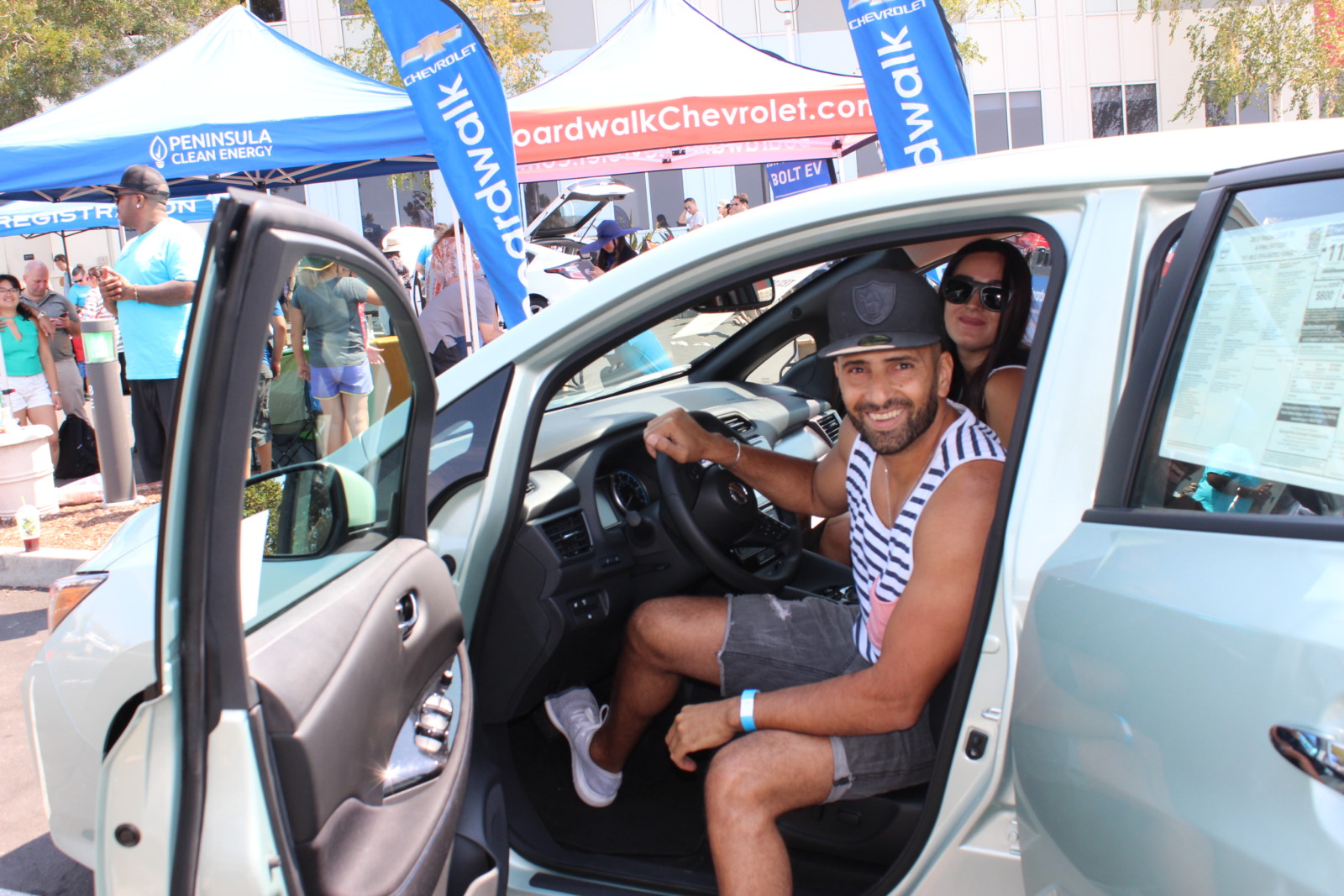 “The instant acceleration adds the fun factor, and at the same time you know that there’s less impact on the environment,” Rohan Keller gushed when we asked him what he liked about test driving an electric car. “While you’re having fun you’re also doing something good.”

On August 11th Peninsula Clean Energy sponsored its first free community electric vehicle (EV) test drive event for San Mateo County residents at Facebook’s Summer Jam Festival in Menlo Park. Vehicles were available both on display and to test drive to give participants the full electric experience. The event resulted in 158 test drives and 144 passenger rides for a total of 302 electric vehicle experiences. Roughly 60% of participants had never driven an electric car prior to this event. 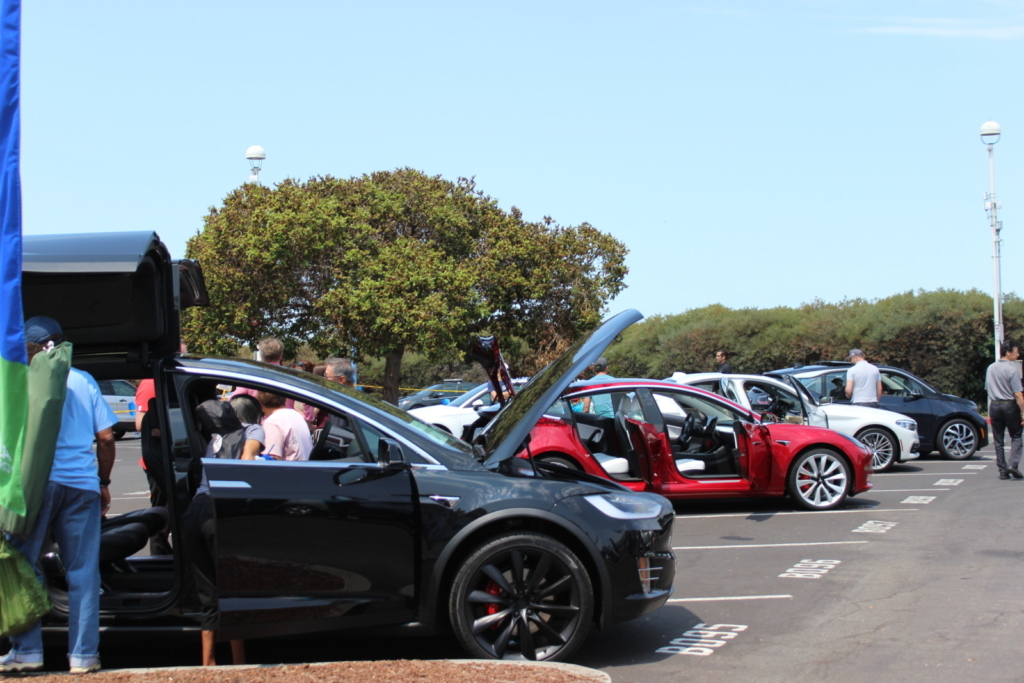 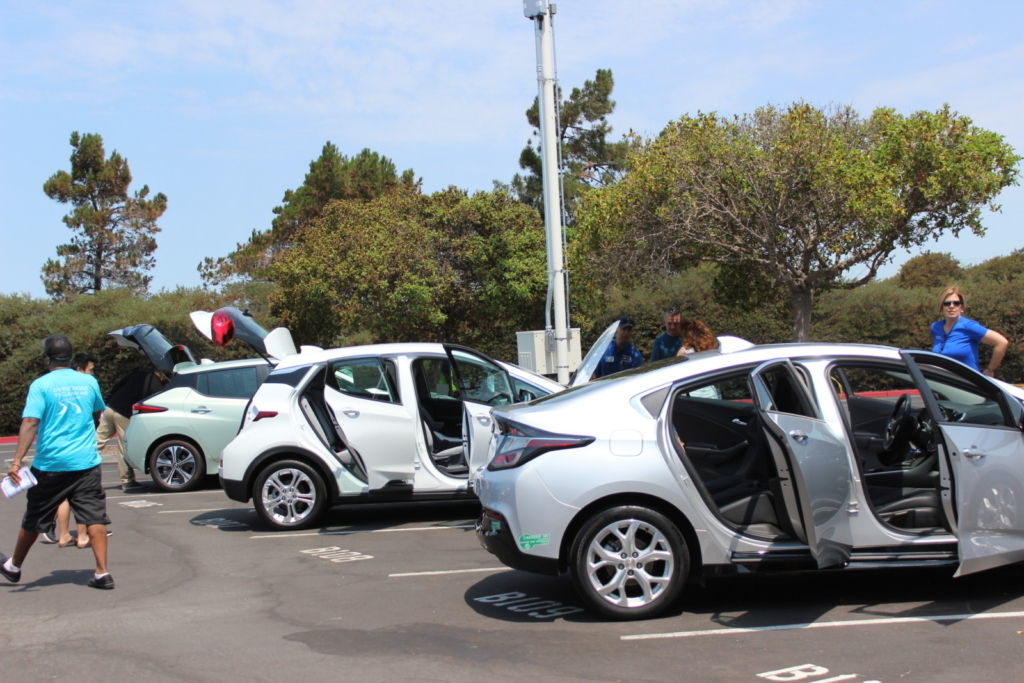 With several models and makes to choose from, participants at the Facebook Festival were pleasantly surprised by the number of cars available, the smooth rides, and being able to demystify EVs and hybrids with experts directly from the dealerships.

Cars that were available to test drive and on display included:

In San Mateo County, each gasoline-powered car produces 7,185 lbs of CO2, which is 25 times more emissions than an electric vehicle powered by PCE’s ECOplus.

We asked another participant, Diana, if she had any preconceptions about what an EV was like. “To be honest, I didn’t have any preconceptions,” she responded. “I just knew that they were quiet. But I was really surprised of how well it drove. They were also definitely very quiet and there was a lot more room in there than I thought there would be.” 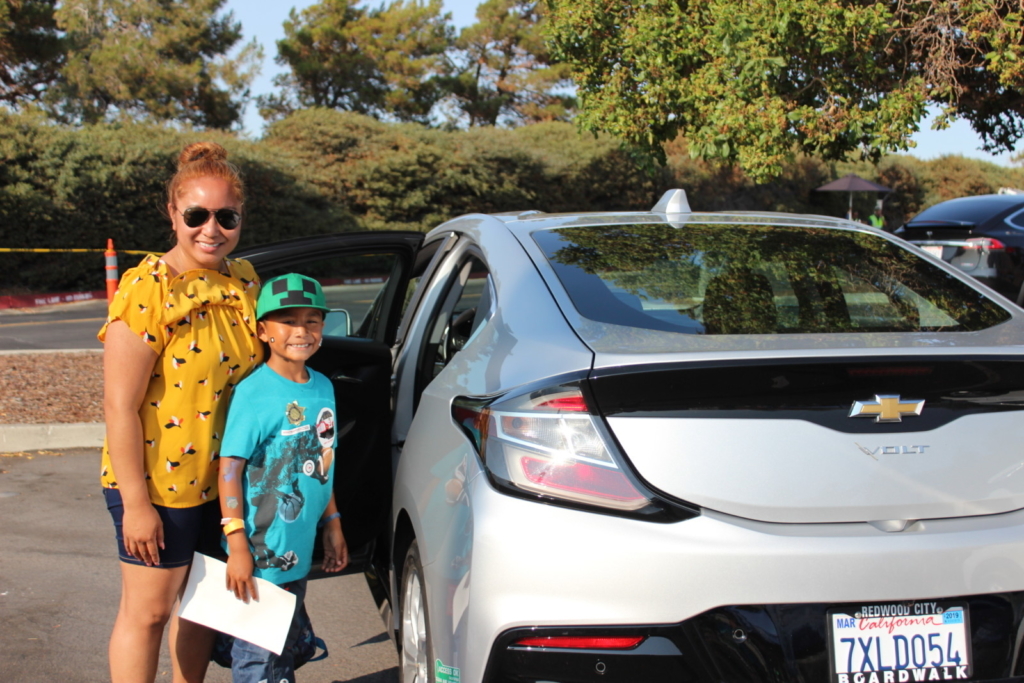 Electric vehicles have electric motors instead of internal combustion engines, so all the extra space from the motor lets you ride even more comfortably with the whole family!

More dates and test drive events will be announced soon, so subscribe to this blog to keep you updated!