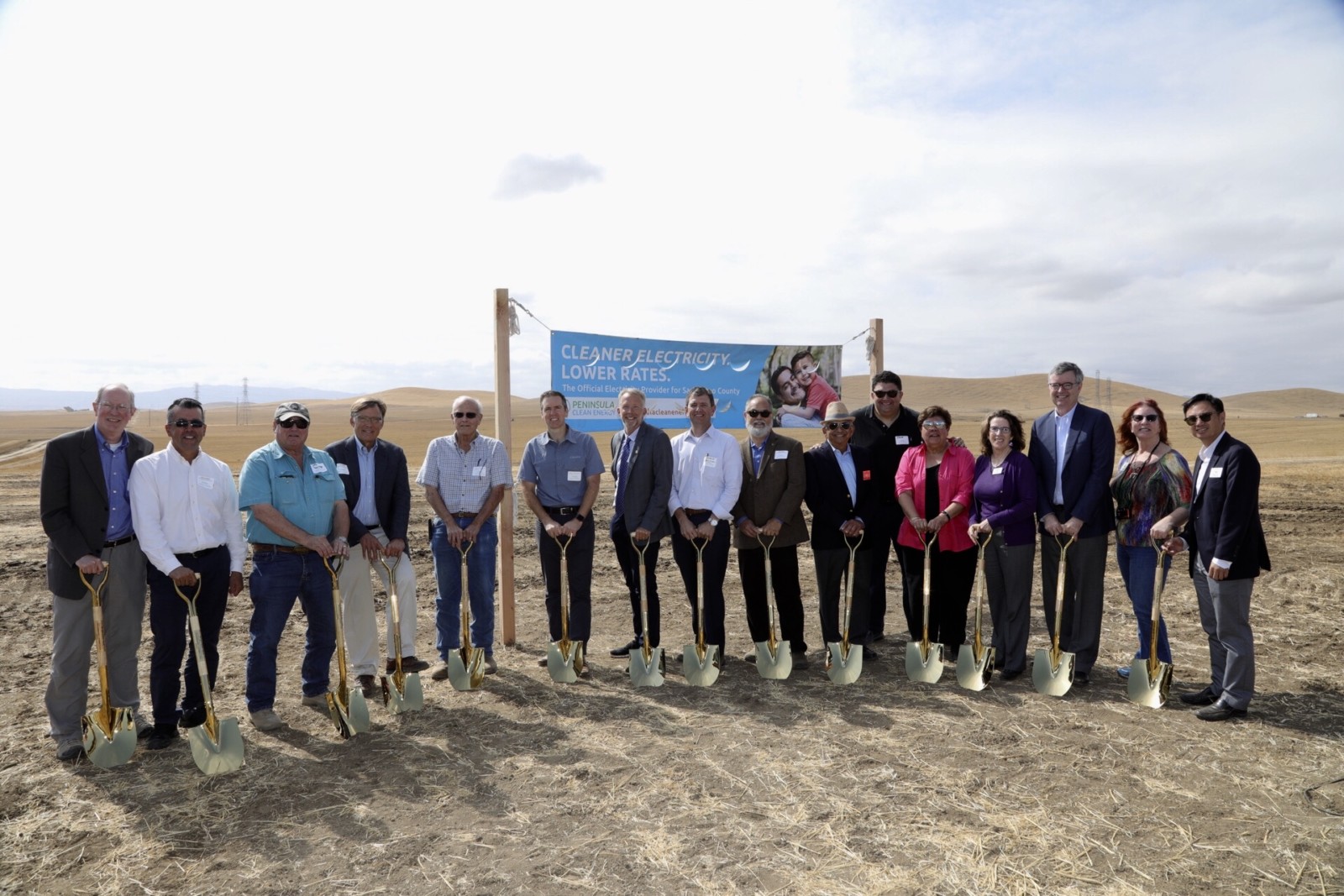 “This is a huge step for Peninsula Clean Energy and our customers,” said CEO Jan Pepper. “The Wright Solar project moves us toward our goal of providing all customers with 100% renewable power by 2025. This long-term contract locks in the price we pay for electricity, which helps ensure that our rates will remain low. The size of the project is unique for a CCA and positions PCE as a leader in the industry.”

Peninsula Clean Energy has an exclusive 25-year power purchase agreement with Wright Solar Park LLC to buy the solar facility’s electricity. The project is owned by Centaurus Renewable Energy and the construction and operations are managed by Clēnera, LLC. The solar facility is being constructed by Swinerton Renewable Energy with union labor hired from the surrounding areas. The facility will produce enough electricity to power more than 100,000 San Mateo County homes a year.

“One of our primary objectives for PCE is to grow the supply of new renewable energy sources,” said Dave Pine, founding PCE Board Chair and President of the San Mateo County Board of Supervisors. “With the Wright Solar project, we are helping to fight climate change by adding 200 megawatts of new solar power. We’re also proud that the construction of this project will create approximately 400 union jobs in Merced County.”

“This project will help the County achieve multiple goals,” stated Lloyd Pareira, Vice-Chairman of the Merced County Board of Supervisors. “From new construction jobs being created to millions of dollars in new tax revenues being realized, we are pleased this investment is being made in our county.”

“An investment in solar energy provides value to American consumers and their communities on a local, state, and national level,” said George Hershman, President of Swinerton Renewable Energy. “Our team is proud to partner with Peninsula Clean Energy and Clēnera to bring affordable, clean power and hundreds of local jobs to California’s Central Valley.”