Your water heater is warming the planet

A big contributor to climate change comes from right inside your home.

A growing body of research is proving that water heaters are doing far more than just warming your showers.

Residential appliances contribute 66 percent of heat-trapping natural gas emissions from buildings in San Mateo County. Of that, the use of furnaces and water heaters are the leading sources. 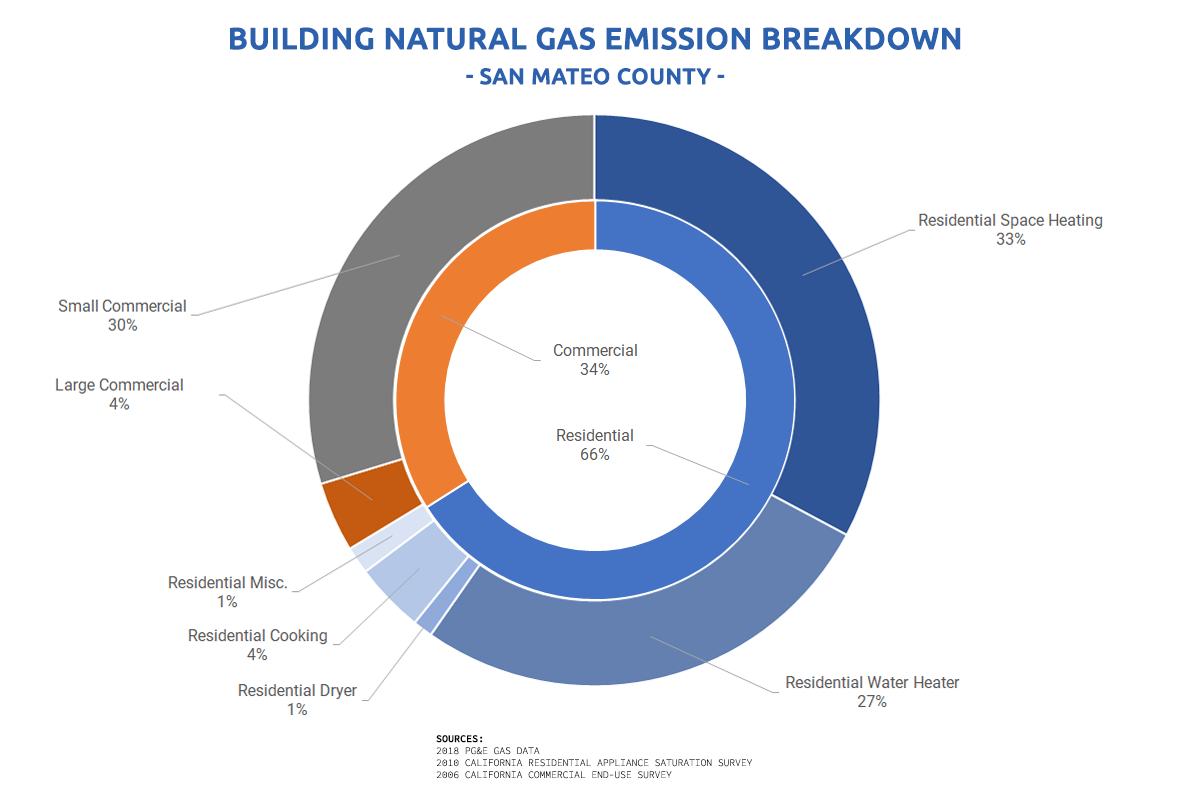 This doesn’t account for the additional emissions caused by the leaking of methane, the main ingredient of natural gas, during the drilling, storing and transporting of the natural gas to homes to power these appliances.

Methane Emissions – Even Worse Than We Thought

The actual amount of leaked methane, which is more than 80 times as effective at trapping heat than carbon dioxide, is likely far worse than estimated during the natural gas supply chain.

A 2018 study published in the journal Science found that U.S. oil and gas operations are leaking 60 percent – or 13 million tons – more methane than the U.S. Environmental Protection Agency had been estimating.

Researchers at Stanford similarly looked at water heaters in San Mateo and Santa Clara counties to conclude that resulting methane emissions may be three times higher than expected. Nationwide, it really adds up. The 58 million U.S. water heaters that use natural gas leak around 91,000 tons of methane every year and over time that can mean the equivalent of nearly 2 million cars driving on gasoline for a year.

A recent UCLA study further outlined how pollution stemming from gas-powered water heaters, furnaces and stoves in particular can increase rates of respiratory illness, cardiovascular diseases and other health risks, including making us more vulnerable to novel viruses like COVID-19.

Electrifying Our Homes and Businesses

One way to stem this tide is converting to all-electric homes and businesses powered increasingly by emission-free renewable and other clean power.

And given that your water heater has a lifespan of only about 10 years, now may be a great time to replace it with a new electric model.

Peninsula Clean Energy’s Board of Directors just made it a little easier to do so by approving a new incentive to our customers to install new electric water heaters as part of a bigger $4-year, $6.1 million plan to electrify existing homes and businesses.

This incentive will provide customers between $1,000-$1,500 starting later this fall. This would be in addition to an existing $1,000 incentive for these new water heaters offered by the Bay Area Regional Energy Network (BayREN), a collaboration of the nine San Francisco Bay Area counties. San Mateo County residents can get these incentives and expert advice through the BayREN Home+ program. In addition, building designers can get technical assistance at allelectricdesign.org.

So the next time an unexpected rush of icy water intrudes on your morning routine, think about how your next water heater can take us a step away from natural gas and towards making our homes, offices and communities more sustainable.