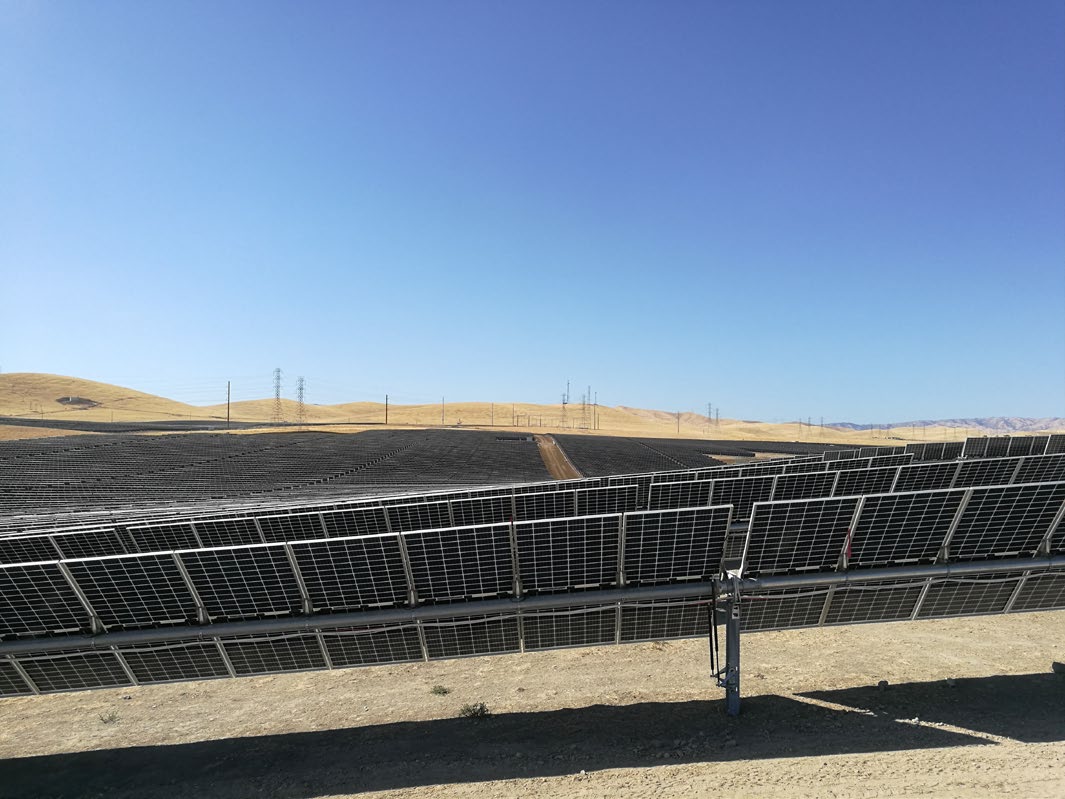 “This is actual new steel in the ground that will send more clean and affordable power to our customers,” Peninsula Clean Energy CEO Jan Pepper said. “As a leader among CCAs in California and nationwide, we are proving that aggressive movement toward 100 percent carbon-free power can be both environmentally and economically beneficial. Wright Solar is just the beginning of what is possible for providing good jobs and strong economic benefits to areas such as Merced County in California’s Central Valley.”

Peninsula Clean Energy has an exclusive 25-year power purchase agreement with Wright Solar Park LLC to buy all of the facility’s electricity to power more than 100,000 San Mateo County homes.

The solar facility was constructed by Swinerton Renewable Energy with roughly 400 union workers from the surrounding areas that were hired as part of a five-union project labor agreement. That agreement was a result of Peninsula Clean Energy’s workforce policy requirements developed in consultation with local building trades and other unions.

“This project illustrates the vast potential that solar and other renewable generation can have in Merced County and Central California, from new construction jobs to millions of dollars in new tax revenues,” said Lloyd Pareira, chairman of the Merced County Board of Supervisors.

“The Wright Solar Project showcases how local hires can complete a project in an amazing timeframe and provide a huge economic stimulus to the surrounding community,” said Bobby Stutzman, business manager at International Brotherhood of Electrical Workers Local 684. “This is also one of those projects that will transcend construction and can be used by the building trades and other unions as a model for future labor agreements.”

Laborers, electricians, iron workers, carpenters, operators and engineers – many from the Bakersfield and Fresno areas – joined forces to install roughly 650,000 4-by-2-foot solar panels and accompanying equipment in only 11 months.

The Wright project is owned by Centaurus Renewable Energy and the construction and operations are managed by Clēnera, LLC.

The project adds to an escalating trend of new development spearheaded by CCAs that is advancing clean energy, economic development and green jobs throughout California and elsewhere. California’s 19 CCAs have on average added roughly 1,000 MW annually in long-term renewable energy purchase agreements, and are expected to make long-term investments in more than 10,000 MW of new clean energy resources and energy storage by 2030.

That includes a joint solicitation in November from Peninsula Clean Energy and three other Bay Area CCAs for the installation of more than 30 MW of battery storage to 6,000 homes and hundreds of businesses, adding a clean and resilient backstop to areas hit by PG&E power shutoffs.

Peninsula Clean Energy launched in October 2016 as California’s fifth CCA and is the official local electricity provider for all of San Mateo County. Peninsula Clean Energy has the goal of providing 100 percent greenhouse gas-free power by 2021 and estimates that its lower rates are already saving its 290,000 San Mateo County customers an estimated $18 million a year compared to PG&E. Find out more at peninsulacleanenergy.com.

Clenera, LLC (“Clēnera”) based in Boise, Idaho, is an end-to-end utility-scale solar development and asset management service provider focused exclusively on utility-scale solar projects in the continental United States. Clēnera relies on its experienced executive team and professional staff to identify the best projects and manage each project from pre-construction development and design through construction and commercial operation. Clēnera utilizes an efficient finance, development, construction and operations platform to consistently deliver low cost and reliable clean energy from the projects it manages. By the end of 2018, Clēnera is on-target to have constructed over 900 MWDC of utility-scale solar. For more information, visit www.clenera.com.

Swinerton Renewable Energy (SRE) offers engineering, procurement, construction, and SOLV® services for solar photovoltaic plants throughout North America to a diverse range of clients. Over 130 years of building landmark projects, Swinerton has forged a reputation for unsurpassed safety, workmanship, on time delivery, and customer satisfaction. Today, our team takes pride in building cost-effective solar systems that will generate reliable, clean power for many years to come. SRE has delivered over 3.5 GW of solar projects and our SOLV team manages over 4.5 GW of PV plants. Learn more at swinertonrenewable.com.